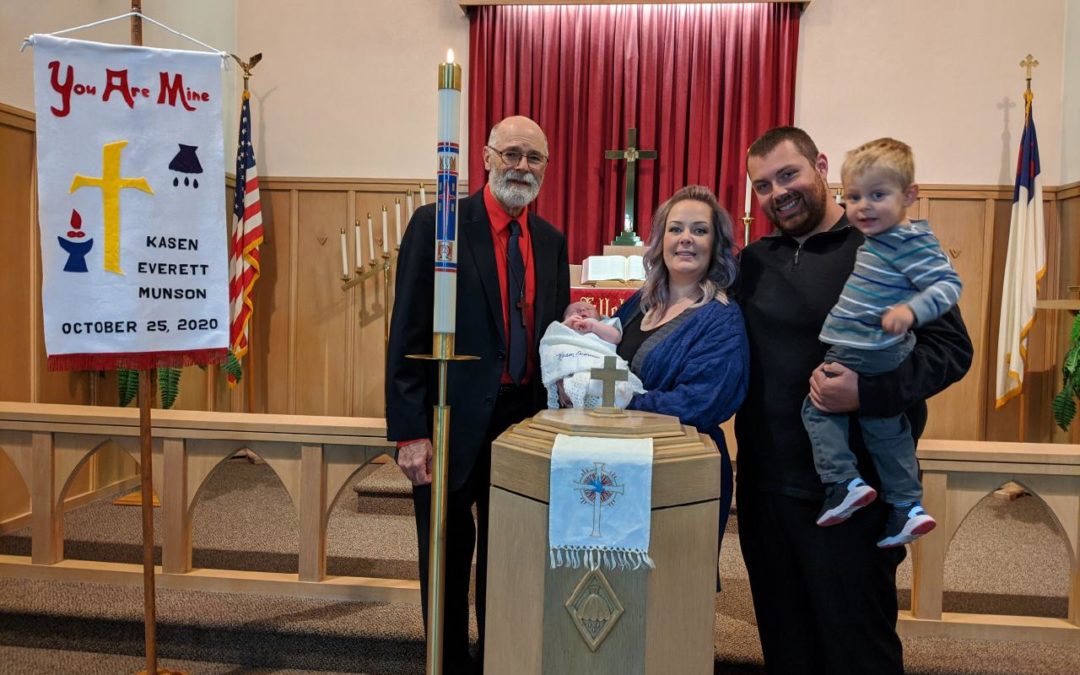 Kasen Everett Munson was received into the family of God through the Sacrament of Holy Baptism on Sunday, October 25, 2020. 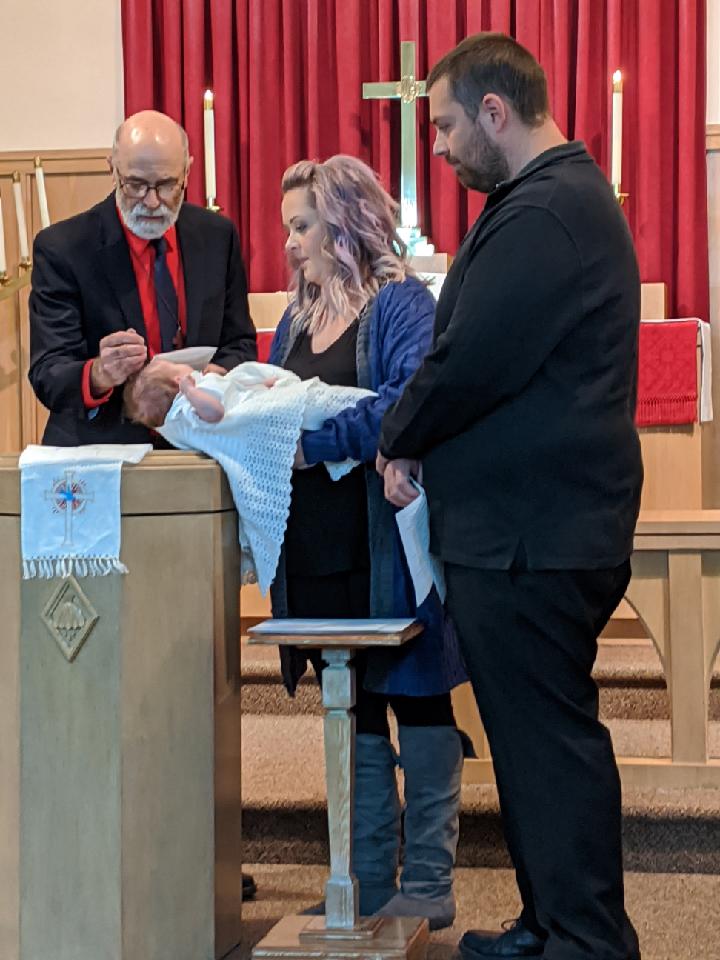 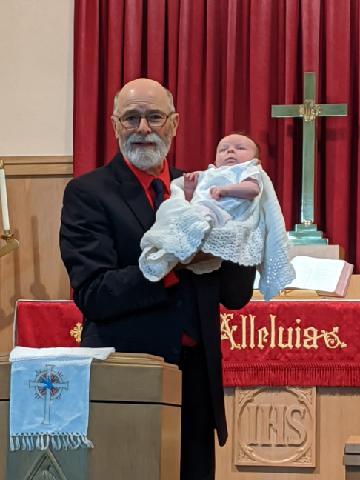 Kasen is the son of Todd and Melanie (Moerer) Munson.

His older brother is Brecken, who is 2 years old.

Kasen was wearing a baptismal outfit that had been worn by his grandfather Lee at his baptism and was swaddled in a blanket that was had been used for Melanie at her baptism.  The blanket was crocheted by Melanie’s great-grandmother.

Serving as sponsors for their nephew were Chris and Morgan Marshall. 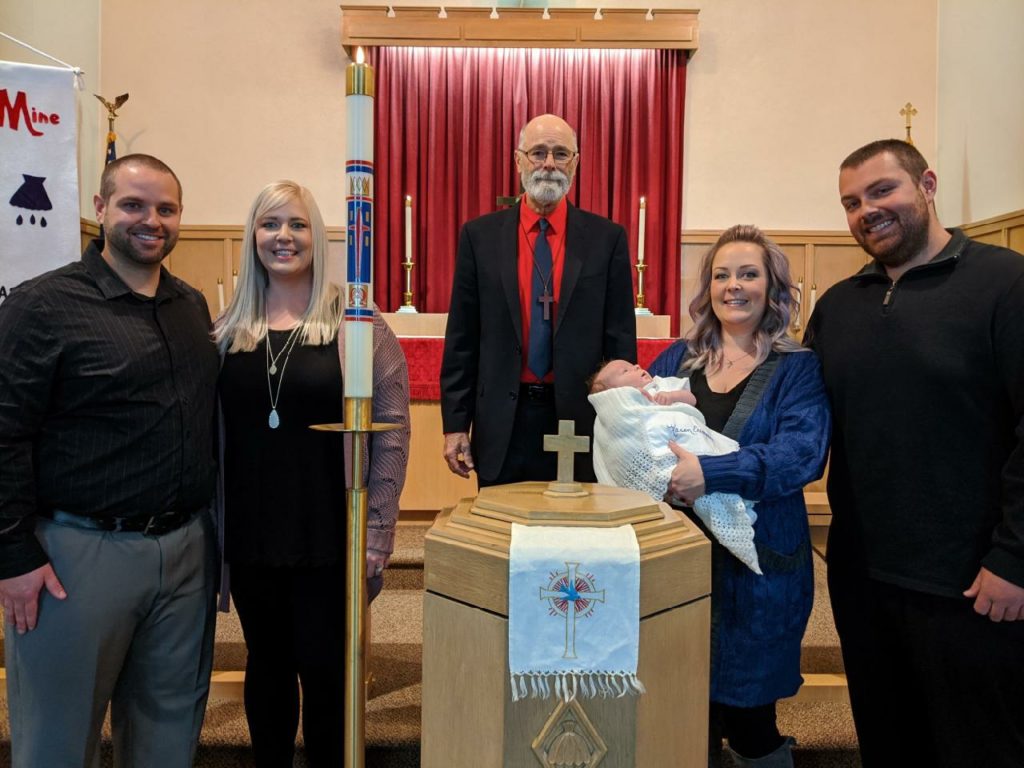 Kasen has grandparents, great-grandparents and a number of other relatives who are members of MLC.

They include Lee and Jenny Moerer, grandparents and Herm and Jeanette Stutheit, great-grandparents.