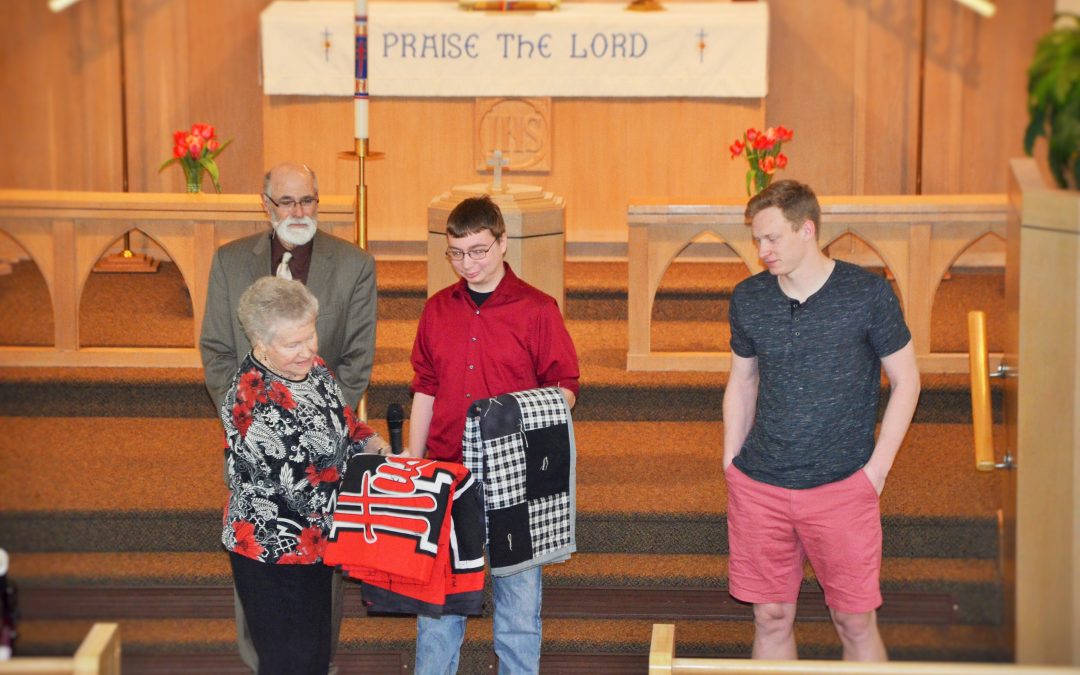 Two young men who have been actively involved at Martin Luther Church during their youth will be graduating from Johnson-Brock Public Schools on May 12, 2018. 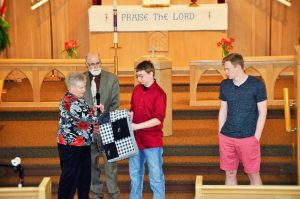 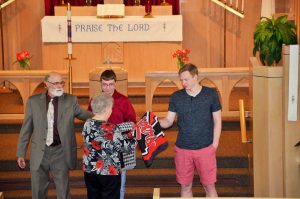 A blanket is presented to Ben by his grandmother, Joan. 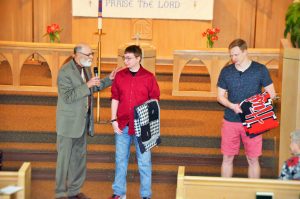 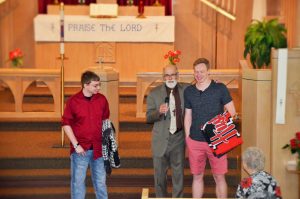 This fall, David Speckmann will be attending Mid-Plains Community College at North Platte Nebraska.  Ben Bohling will be a student and athlete at Nebraska Wesleyan University in Lincoln, Nebraska.

Pastor Ken reminded the two young men to take their faith as well as the blankets with them as they begin their endeavors.

After the worship service David and Ben were congratulated by members at a reception hosted by the MLC Women.

For I know the plans I have for you,” declares the LORD, “plans to prosper you and not to harm you, plans to give you hope and a future. ~  Jeremiah 29:11