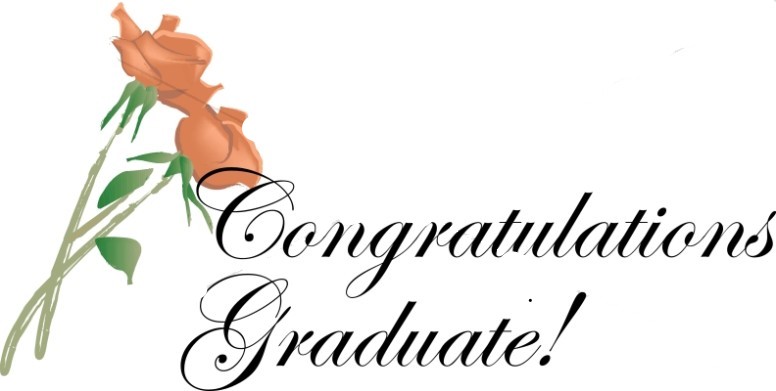 Martin Luther Church honored graduates, Ryan Bohling, Madelyn Harrifeld, Easton DeBuse, and Zack Ottemann during and after the Sunday, May 1st worship service.  Each graduate was presented a blanket made by the MLC Sewing Group and each of the presenters participate in the Sewing Group. 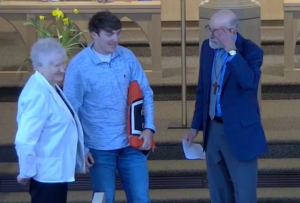 Presenting Ryan’s blanket was his grandmother, Joan Bohling.  Ryan will be attending Southeast Community College at Milford this fall in the electrical field.   He graduates from Johnson Brock Public High School on May 14. 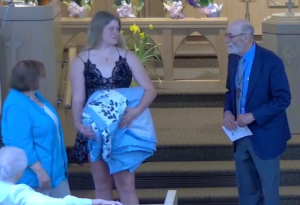 Presenting Madelyn’s blanket was her high school teacher, Vicky Boone.  Madelyn will be attending the University of Nebraska at Omaha this fall going into the medical field.  Her chosen field is surgery.  Madelyn graduates from Johnson County Central High School on May 7.

Presenting Easton’s blanket was his grandmother, Ginny Baack.  Easton will be going to college and is currently very active playing baseball during the summer.  Easton graduates from Lincoln Southeast High School on May 29.

After the worship service, the graduates received well wishes from fellow MLC members at a reception hosted by the MLC Women’s Group.