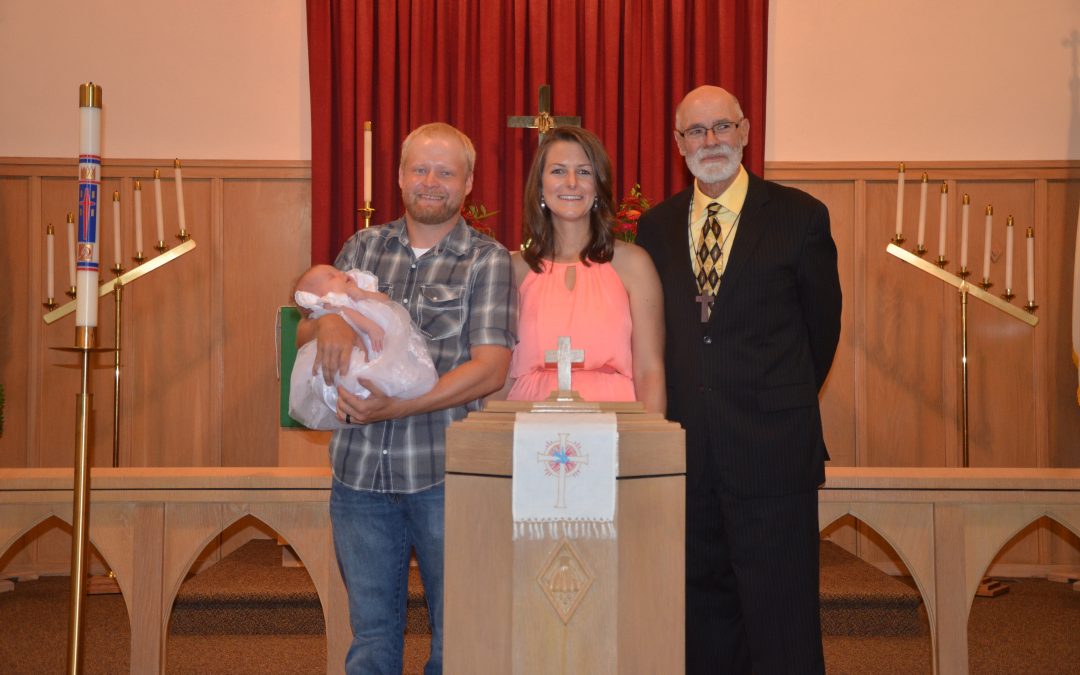 Evelyn Bea Rippe was received into the family of God through the Sacrament of Holy Baptism on Sunday, July 17, 2016.  Evelyn is the daughter of Blake and Ashley Rippe and was baptized at Martin Luther Church by Pastor Ken Tubbesing.

The Rippe family, Blake and Ashley and little Evelyn are pictured with Pastor Ken Tubbesing in the photo above. 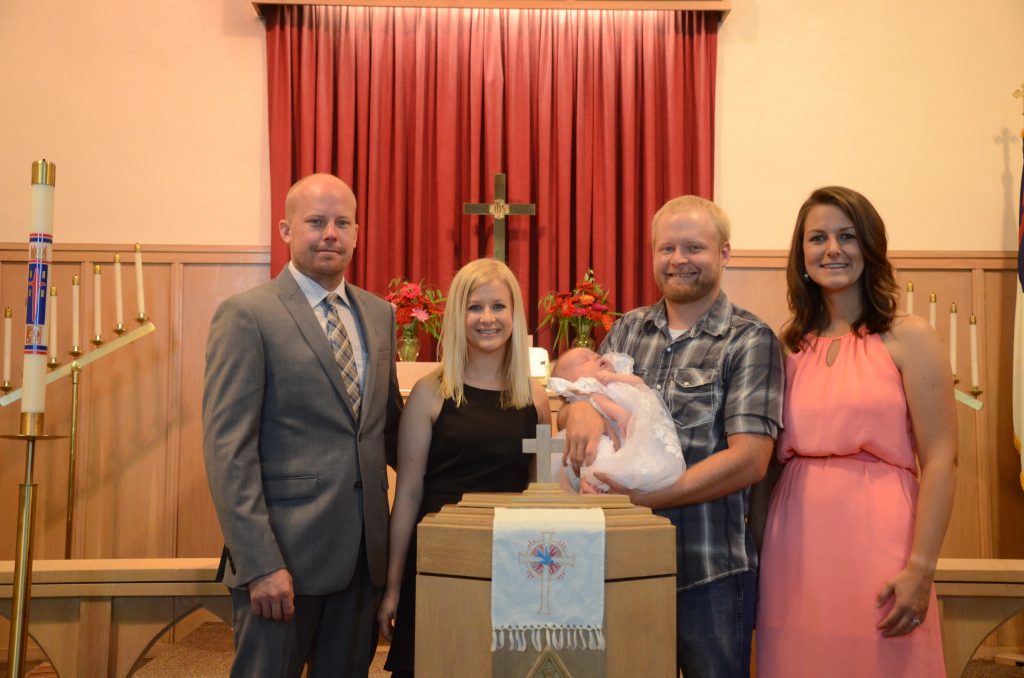 In addition to becoming a part of the Martin Luther Church family, Evelyn is special to many MLC members who are relatives.  They include her parents as well as grandparents, Alan and Kelly Rippe; aunts, Maura Hillman, Chrystine Rippe, Alyssa Rippe; great-grandparents, Herman and Jeanette Stutheit and Phyllis Rippe and also several other great-uncles and aunts.